It’s 6:10AM on a cold and rainy Monday, and I’m on a bus headed into New York to get a visa so I can return again to India.  Soon, spring will be here, and the wild rites of the festival of “Holi” will erupt in a fusillade of color-drenched powder, oils, and water.  I leave in just a few days, yet my mind is not on what images I might make, but on the disconnect between how "fine art" photography is defined by museums, galleries, collectors, auction houses, historians and...photographers.
I’m thinking, in particular, about ninety-nine cents.  99 cents ?   OK, type 99 cents into Google, followed by the word photograph.
Here’s what comes up:
Andreas Gursky, 99 Cent II Diptychon (2001), February 2007, Sotheby's London auction. A print sold for $2.48 million in November 2006 at a New York gallery, and another print sold for $2.25 million at Sotheby's in May 2006.
Yes, ironically, a photograph with the title “99 Cents” is one of the most expensive photographs in the world.  And, it’s in color, not black-and-white.  The George Eastman House can't afford one.  But, would they want one?
I grew up at a time when photography was defined by such diverse and well-known names as Edward Weston, Hiro, Eliott Erwitt, and Ernst Haas.  I own a first edition, signed copy of Eliot Porter’s landmark book, The Place No One Knew. I am fortunate to have some of my favorite images on my walls: a print of Jay Maisel’s “Blue Wall and Doves,” hangs on one  wall, and Pete Turner’s “Ethiopian Bar” hangs on another.
A few months ago, at Jay’s studio, he said to me, “We sell a lot of prints.”  Print making—and defining one’s legacy through gallery sales—has become the new measure of the worth and the arc of a career. Modern colorists, such as the documentary photographer Edward Burtynsky, have seen no need to have a career other than one that begins and ends with one’s personal work, and personal projects.  Those photographers whose work I grew up with, supported themselves with commercial work and assignments, much as I did.  In the hectic “down time”—the moments in between assignments—we all made the images which gave meaning to our love of photography, and on which we built our careers and our legacies.  And, ultimately, it is those images that determine the footnotes that are written in the histories of photography.
Recently, I looked at a great new portfolio of wildlife images from Tanzania by a friend, Rob Ross; the imagery crossed the magic boundary that separates photographs from merely being a record of what was in front of the camera; his new images were at once lyrical and mysterious.  The best of the images made you want to see more, and more. Yet, I think we all have moments where we are frustrated with photography and how much it depends on capturing an exact moment in time, rather than manufacturing one.  The presumption--that photography is about truth and recording what the camera (in the hands of the photographer) captures—is a limitation of photography, for me; or at least the presumption that photography has to have some innate, or inherent "meaning."  In the paradigm we have grown up with, photography is not about Franz Kline, or Mark Rothko, or Jackson Pollack.
The abstract expressionist work of photographers such as Aaron Siskind, Hiroshi Sugimoto and Carl Chiarenza, is, for many people, discomforting if it has the word "photography" attached to it.   Yet their images are seductive, even if most people look at Harry Callahan's more abstract studies of light and don't equate those images with photography.  Light, form, and shadow, reduced to just that and nothing more...what is it that gives us such discomfort, yet  leads me to make my own (increasingly) abstract images?
The answer to that question, for me, is simply that I love seeing what I never saw before, and that I no longer feel there needs to be a “subject” in photography, other than light and color.  While in Mexico, last week, I came across a very long, undulating black wall; and, as I walked by it, a prismatic, refractive glint of sunlight caught my eye.  Everyone was walking by, oblivious to a world of color buried in the dichroic glass embedded in the tiles.  If you looked straight on to the wall, it appeared dense black—especially in the blinding sunlight; yet if you moved the slightest bit to either side, the wall erupted in a pointillistic burst of electric color.  Eighty feet of pitch blackness; and eighty feet of color unlike anything I have ever seen before.
Eloquent as he was as a photographer, Ernst Haas was also a master of words and ideas.  Speaking of his love  of abstraction, he once said “I am not interested in shooting new things—I am interested to see things new.” 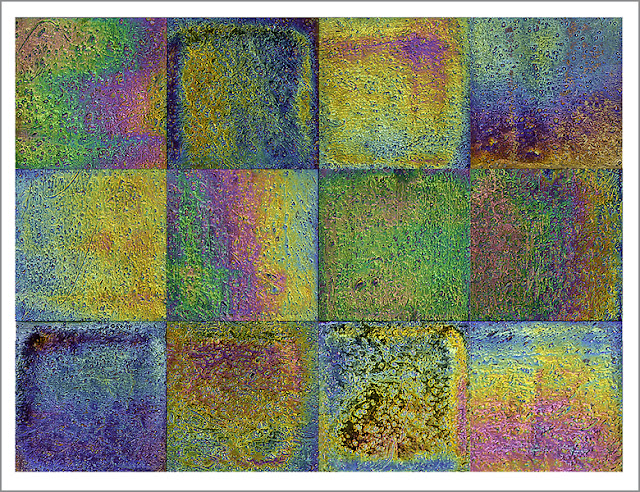 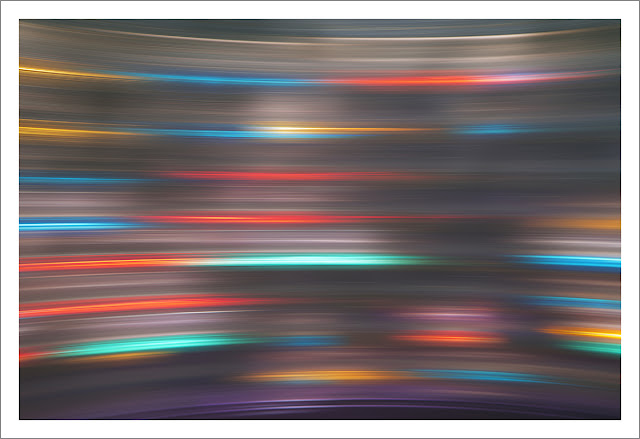 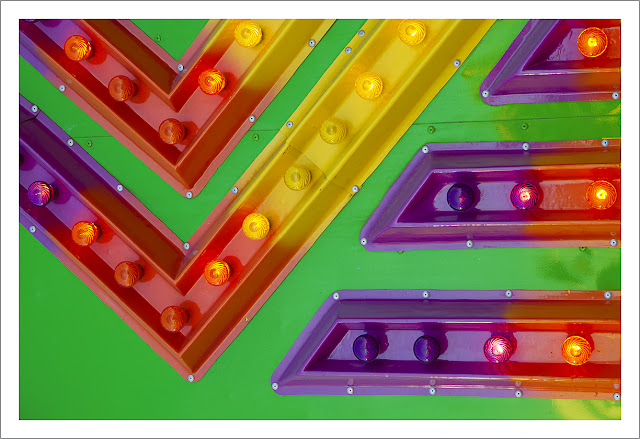 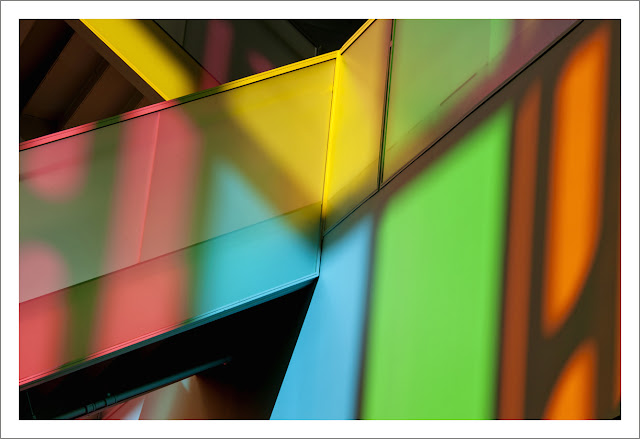 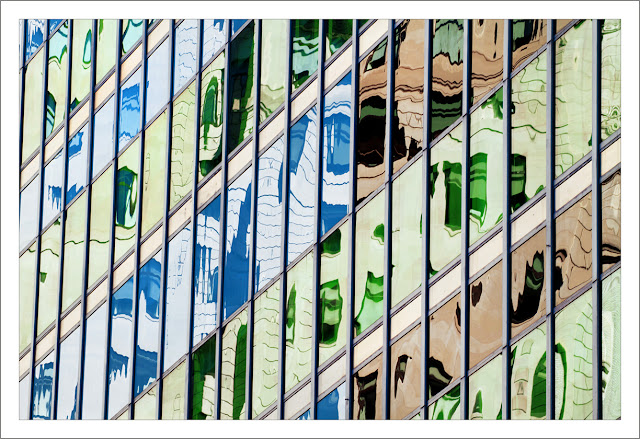 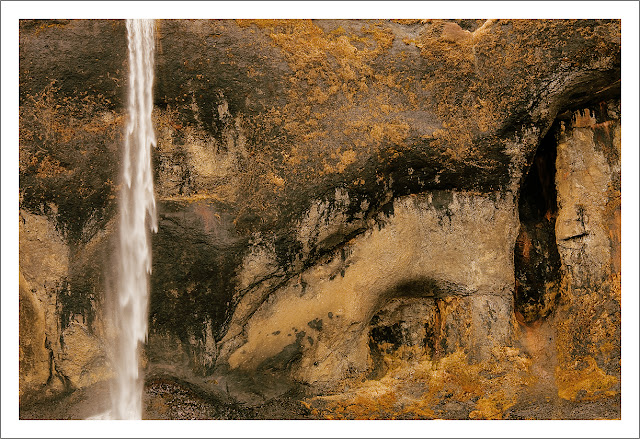 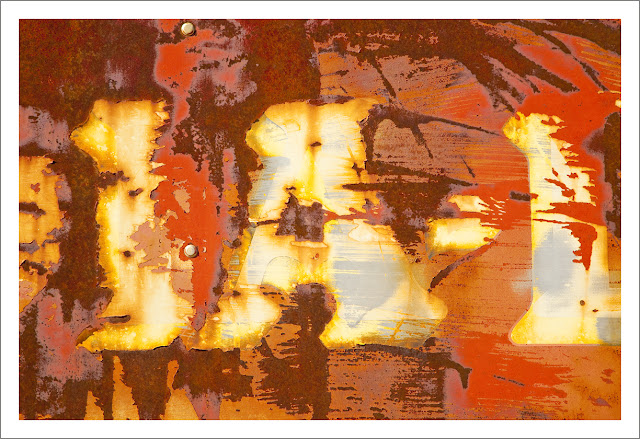 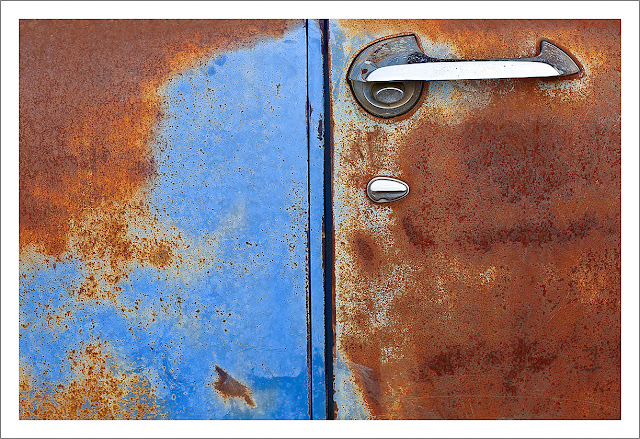 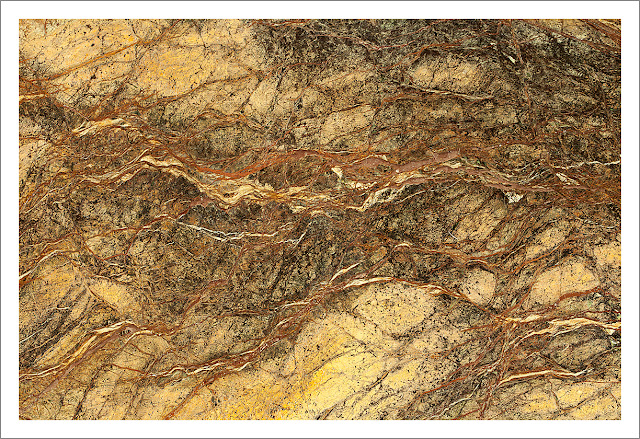 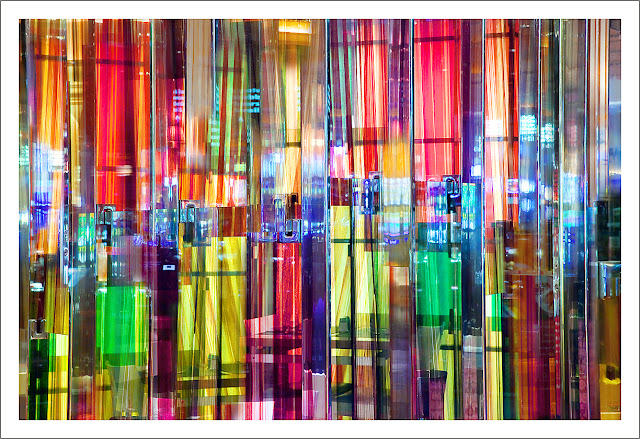