In 1976, Terrence Malick began production on his second film, Days of Heaven.  Filming each day in the last twenty minutes of daylight, cinematographer Nestor Almendros, along with Malick, produced a masterpiece that is so visually compelling that even on repeated viewings it is difficult to comprehend how it was made.  Although they filmed in Alberta, Canada, the Palouse region of southeastern Washington State is nearly as haunting a landscape.  I have returned there several times over the past few decades. Its softly undulating hills, wheat fields, abandoned prairie houses, and the last remnants of an iconic America I grew up with, are unmatched by anything I have ever seen.  It is hard to believe that it exists, let alone in an era of iPads and debt ceilings. 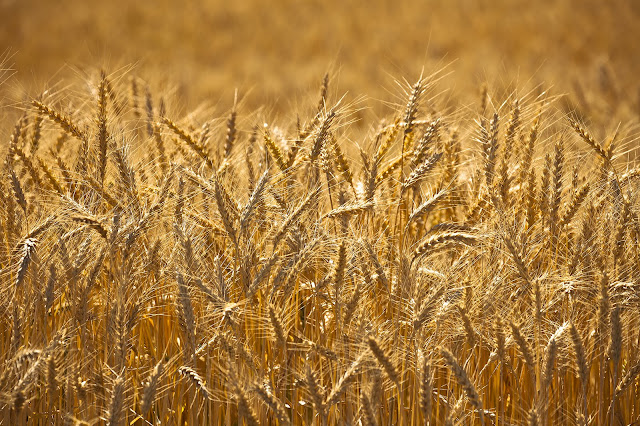 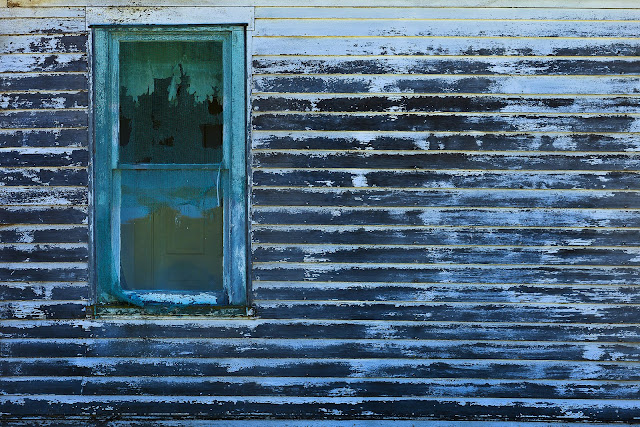 Tattered shade, abandoned farmhouse                                         © Eric Meola 2011
I drove up a short, steep dirt road and got out of the car.  Suddenly, an old man named "Siggie" jumped from the plane, yelling at me that the car's catalytic converter might start the field on fire.  Somewhat chastened, I watched as he walked to one of his barns, sliding open a giant wooden door to reveal a row of colorful biplanes parked neatly side by side!  Then, turning to me, with a twinkle in his eye, he said "Want to go up?" 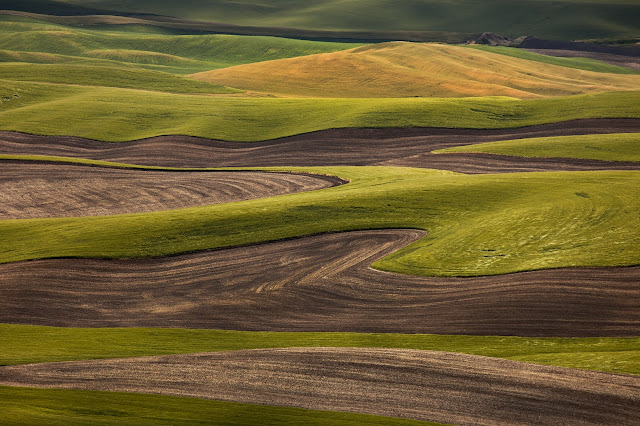 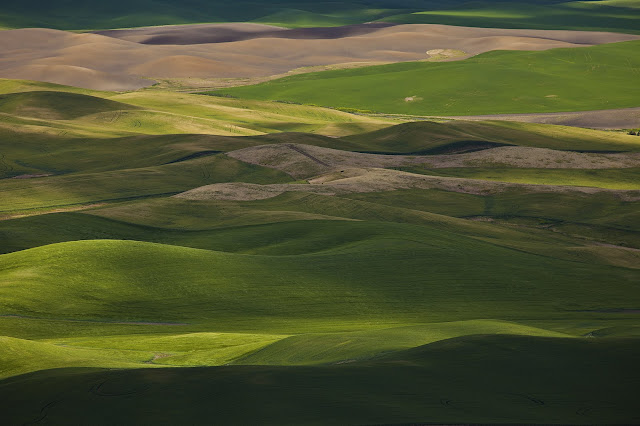 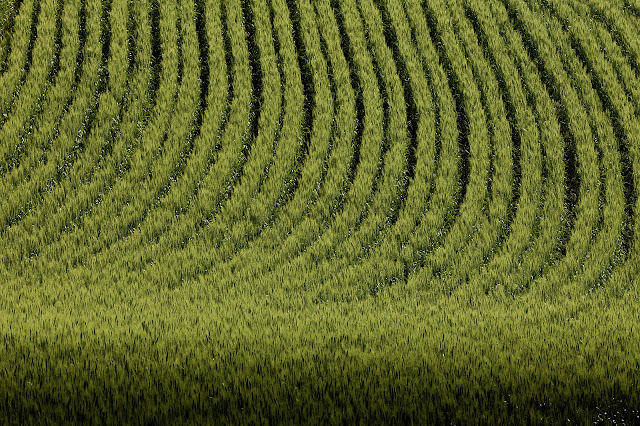 Fields of new wheat follow the curve of the land                         © Eric Meola 2011
I looked at him for several seconds, and all I could think about was that he was probably more than 80 years old.  He looked at the camera I was holding and I caught his eye, as I heard myself saying a not too convincing "sure."  Within two minutes we were in the air, and I began photographing the patchwork quilt of fallow and planted green and yellow fields.  As I was shooting, Siggie kept spiraling higher and higher.  Distracted, I heard him say over the noise of the engine "Anything you wanna see closer?"
I will never forget the way he said it, nor my response, as I pointed down at a patch of light and shadow far below.  No sooner had my finger moved, than Siggie thrust the throttle straight forward with a demonic grin, pointing the nose of the plane perfectly perpendicular to the ground.  As I saw the ground rushing up I had no chance of holding the camera in my hands as the small biplane, despite its deceptive look of fragility, began to test its "G-force" limit along with my stomach's inability to maintain equilibrium.  As we reached what I guessed was two hundrd feet above the ground, Siggie made an abrupt vertical U-turn and climbed straight up.  We leveled off and he looked over at me and, in his unique rasp of a voice, said "Wanna go up to Alaska with me?" 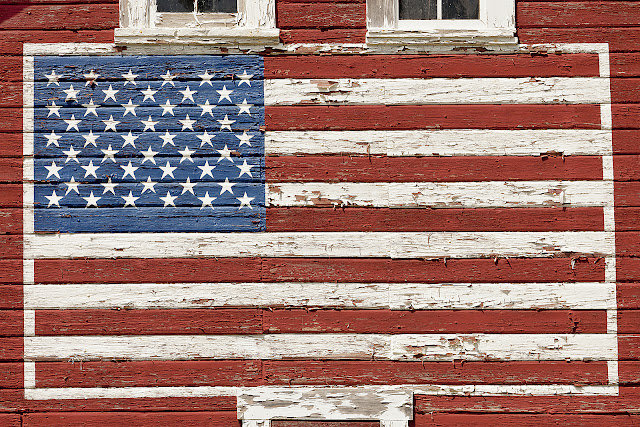 American flag painted on the side of a barn                                  © Eric Meola 2011
This past month, as I drove past Pullman, I learned that Siggie had passed away.  Peacefully.  As I walked along the streets of one small town, I came across a recently renovated old theater. So old that the Empire Theater's ancient projectors did not use bulbs, but instead used a series of lenses to focus the light from a burning strip of superheated zinc. Out of the top of the projector, a series of angled stovepipes directed the toxic vapors up and out the roof.  For a moment I wondered when the last movie had been shown there.  What year, and which movie?  And the company that made those zinc strips...when did they go out of business?  I walked next door and bought a huckleberry ice cream cone for two dollars, fully expecting Buddy Holly to walk in at any moment. 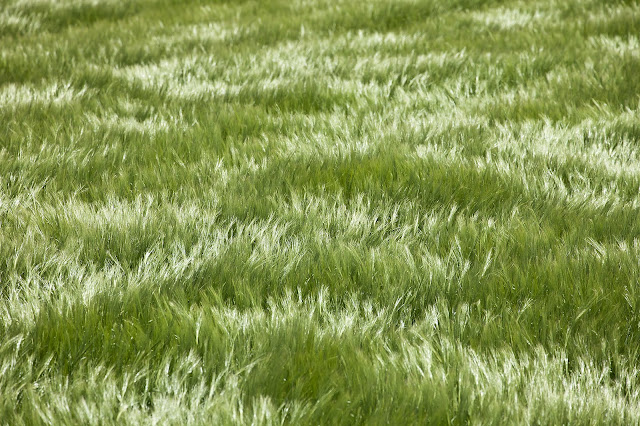 Rivers of wild grass blowing in the wind                                       © Eric Meola 2011
The Palouse is all about texture—the textures of the land, the textures of the barns, the textures of the fields of wheat and wild grasses that move in the wind.  I came across a huge field of grass one afternoon, and watched for more than an hour as the tall, wispy strands of grass caught the wind, undulating like the green waves of an ocean, creating an illusion of liquid that was hypnotic, as if the land had been flooded by some great sea. In the tranquil twilight of evening, as long shadows roll a blanket across the hills and stars fall from the sky, the hauntingly beautiful light brings thoughts of the strange world we have created for ourselves.  How long will this place be here?  What force will bring its demise?  And why are we always seeking something new we think is better? 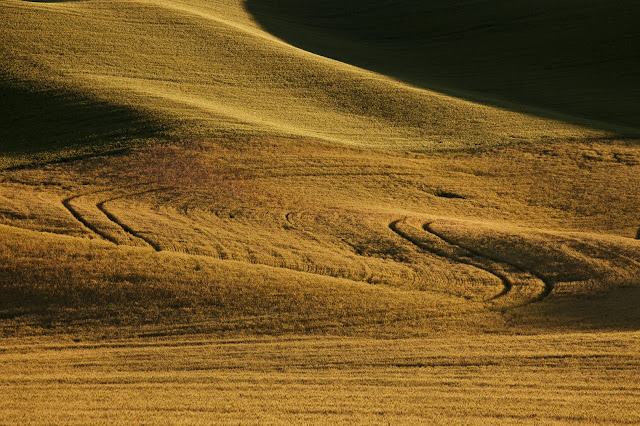