The Cathedral on Seventh Avenue 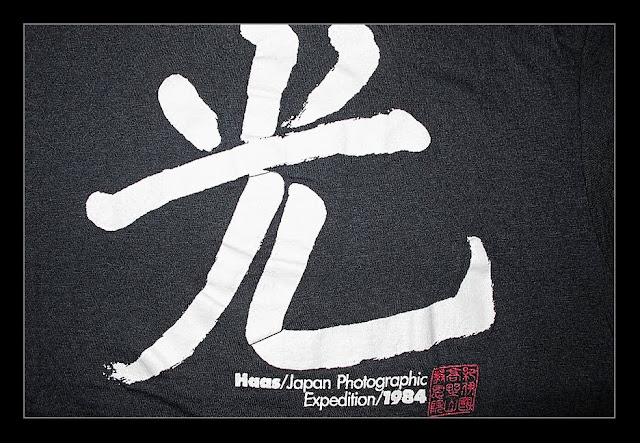 There are many cathedrals in the world, but the one at 853 Seventh Avenue in New York sits quietly near the shadow of Carnegie Hall, as the world passes by every day.  Shrine, cathedral, small apartment of the poet of photography.
Few people know that perhaps the greatest photographer to have lived in modern times, called this home.  On September 12, 1986, Ernst Haas had a heart attack, and those who knew him and his images, were cut through to the quick when they heard the news of his passing; for there is probably no single other photographer who is so revered.  There was Ernst, and there was everyone else.  No one had eyes like him, for his arched, thick, silvery eyebrows were intimidating, yet with his piercingly brilliant, intense stare he could be one of the most modest, engaging teachers that photography has ever known.  And coupled with those eyes was a smile and a love of photography and of seeing that was infectious.

“The best lens is your feet.”   “No one gives you freedom—you take it.”  Two Haas truisms that have stayed with me through the years. Haas was known as the poet of color, and his masterpiece, the best-selling The Creation, is, for my generation of photographers, the book that changed everything, and that always comes up in conversation.

When I recently met a photographer and kept staring at her t-shirt, she looked at me and said “It means ‘light.’”    There was a large kanji character on the back, and she was somewhat startled when I said “That’s not what I was staring at.”   There, in small letters were the words “Haas/Japan Photographic Expedition,” and when I asked about it she said that she had gone to his workshop in Japan in 1984, 26 years earlier.   And then she began to talk, and as she talked I heard it—that faraway, almost mystic voice, of someone who has fallen under the spell of a gypsy—part Buddhist, part poet, and all genius.

I asked her to write down a few words about Ernst, and a day later, this was her email:
In 1984, I was 26 years old. Through all my odd jobs, I had managed to save $10,000.  Then I read that my idol, Ernst Haas, was offering a workshop in Japan. An audible gasp, heart racing, frantically rereading in disbelief. Could it be true? Do I really have an opportunity to spend 2 weeks in Japan with Ernst Haas?  Without hesitation, I spent 60% of my net worth to go on that trip.  He was gentle and caring, unobtrusive and modest.

I remember our first day in Tokyo—torrential rain. Ernst, in his singsong way: “okay everybody—put on your rain suits. We’re going out in the rain like little ducks to photograph!”   Ernst wanted you to dig deep, to learn the culture and become apart of the environment.  We stayed in a monastery on top of Mt. Koyasan with magical forests, photographed a Noh play at night in Tokyo, visited countless Shinto shrines and Buddhist temples, visited the “bowing deer” in Nara, enjoyed the rice planting celebration and beautiful gardens in Kyoto.

Open The Creation, In America, or Himalayan Pilgrimage, and you see images which resonate perhaps more than any others you have seen that year or that day.  Moving his camera with the subject, Haas’ motion studies of the ballet and of horses, are the classics that define the technique.  And his close-ups of blades of grass, leaves, sulfur pools in Yellowstone, and peeling paint and posters defy categorization.  The words of William Blake immediately come to mind:


“To see a world in a grain of sand, And a heaven in a wild flower,
Hold infinity in the palm of your hand, And eternity in an hour.”
In the early Nineties, I got an excited call from photographer Peter B. Kaplan, saying he had just seen an exhibit of Ernst’s work at the Howard Greenberg Gallery, which at that time was in Soho.  The world was different then.  Photography was different then.  Ernst worked with little equipment, often preferring a simple satchel or a soft messenger bag for his camera.  As I looked at the images on the walls, I felt the need that Peter had expressed to me, the need to call a friend.  And I did.  And he came, and we talked, and we looked.

Talking with photographer Arthur Meyerson, who also attended the famous 1984 Japan workshop, his carefully chosen words reflect the wonder and awe most photographers feel when viewing Haas' images. In discussions about Haas there is always a constant—an acknowledged point in the universe where time stops, and beyond which light will not pass.  There is an audible drop in the voice, a reverence to the name “Ernst,” and it is silly, because if anything, Ernst would be embarrassed and have nothing of it.

When I first came to New York, I called Ernst and he answered, and I quietly explained that I was a photographer, and as I hung up the phone I could still hear his voice saying “Come by at six.”    Six for Ernst was 6AM.  In those days, he lived above a garish lingerie store on Seventh Avenue. The next morning I timidly knocked on his door, and for an hour we talked about photography and about my work.  He asked if I painted and I said “No...I don’t know how to paint."


Haas immediately said “You don’t need to know how to paint in order to paint.”  And he smiled.  There was an intense alacrity in the way he said it, and with an arch of his eyebrow, I knew it was said without any hint of being specious. As photographers we are humbled by Haas‘ images.  As dreamers we dream.  We know we have stepped into another world that defies the boundaries of seeing, and speaks to us with an uncompromised vision.


In 1949, Haas wrote a letter to Life magazine, turning down a staff position.  Though he would later enjoy the success and exposure of having many photographs and essays published in Life, the innocence of this letter reveals his singular sense of who he was and who he wanted to be:


I believe in the end-success of a man’s work...aware of the connection in life between our earth and the cosmos; a person able to understand the mistakes, and to admire the achievements, of other people… I have always felt better taking a risk rather than an easier route, for what I believe in. I am young enough to do that and I am full of energy and hope to reach my goal. I prefer to be noticed, some day, first for my ideas and second for my good eye… Maybe you will think I have not got my two feet quite on the ground...What I want is to stay free, so that I can carry out my ideas…I don’t think there are many editors who could give me the assignments I give myself.
Posted by Eric at Saturday, July 17, 2010